What an adventure, that had its fair share of blood, sweat and tears. 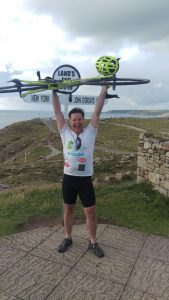 After cycling from John O’Groats to Land’s End, via Basingstoke in the 10-day challenge, the JOGLE16 Team have not only smashed their own personal goals but have raised over £50,000 for the much-needed cancer treatment centre in north Hampshire to be built by Hampshire Hospitals NHS Foundation Trust …….truly incredible!

The whole Team are extremely grateful for all the support from friends, family and businesses that provided so much encouragement to us.

Each of the Team had their own personal reasons for taking up the challenge. Mine was simply that I’m fortunate to have the opportunity to be able do it and with cancer touching us all, I wanted to do something to help make this much needed local centre a reality.

After several weeks of the experience sinking in, I can look back and start to appreciate that it was ultimately enjoyable. This was not what I was thinking during the challenge, it felt like sheer endurance at times and tested our mental toughness.

Three days of headwinds and skin shredding rain in Scotland took the edge off the spectacular scenery. The continual onslaught of weather nearly broke us, especially when on night 2 we stayed in a Hobbit hut at Glencoe Ski Resort. Can you imagine three middle-aged men in a space approximately 5m x 3m?? It has to be experienced to be believed and needless to say no-one got much sleep and we know each other much better than expected. Combined with a full-on midge attack on the morning of day 3 the fun was starting to ebb away and I don’t remember much conversation until lunch as we battled our short-tempers and focused on getting through the relentless wind and rain…..this was my worst day. That said, which is testament to the Team, everyday we still laughed and joked together, usually at someones discomfort, but it kept spirits high.

The scenery continued to be awesome, if not a little exposed to the elements, but a great time to clear the mind and appreciate what fantastic countryside we have. The days generally had some angst in them, particularly when cycling through the towns and cities, with several drivers being less than aware of cyclists.

The longest days were for the sharp climbs in Devon and Cornwall that never seemed to end. These and the burning thighs will stay with me for a while. There was a massive sense of relief when we arrived at Land’s End, immensely proud and exhausted. It was fantastic to be cheered in by some friends and family. Special mention to Jo Marshall for taking time out of her holiday to see us & Mark Dolby’s in-laws for extending their stay to make sure they would see us finish…really appreciated 🙂

I was fortunate and managed to get through the entire 1000 miles without any physical or mechanical damage. The total Team report reads a little different with a total of seven punctures, a couple of snapped chains, one broken gear cable and several grazed knees following falls on gravelly roads or driver intimidation. This challenge was very tough for all of us, probably tougher than we ever thought it would be. Each person has put in an incredible amount of time, money and hard work in preparing for, and taking part in this challenge.

Director of fundraising for the charity, Mark Jones, was an important part of the Team, being with us for the whole of their JOGLE journey across Britain as support driver. He has also been quick to thank us all for putting in the blood, sweat and tears to get across the line.“Ark Cancer Centre Charity is grateful to these fabulous fundraisers, as well as the companies and individuals who have given generously by supporting and sponsoring the super cyclists.” 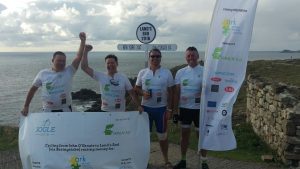 Graeme managed a total of 4-stages due to an ankle injury. 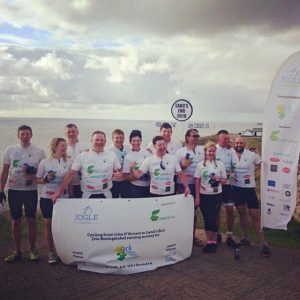 This was an amazing individual and team achievement, and it has taken some time for it all to sink in. Would I do it again? No!

There are thoughts for 2017, maybe something on the continent next time and not on Britain’s roads which are terrible… I’m thinking nice flat roads and some warm weather!

Special thanks to Craig for putting in so much time to make this happen, Bernie for providing the inspiration and Mark for making me cry at the end.

For more information go to the main JOGLE site

See how we got on along the route  – http://www.jogle16.co.uk/updates/

It all started with a quiet drink after work, you can almost guess the rest! I woke up Saturday morning, realised what I’d agreed to, took a deep breath, then went and bought some padded shorts! 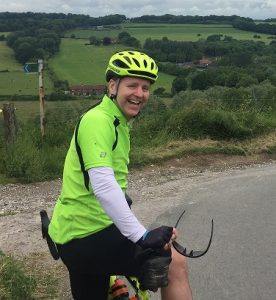 So is this a mid-life crisis?

….probably, but I’ve been very fortunate to have the opportunities to now run three companies in the South and South West, MiniTec (modular aluminium profile systems), LG Motion (motion control solutions) and Precision Acoustics (ultrasound testing equipment) and I’m in reasonable working order, so why not? I’ve been training since October 2015, but really stepped it up since March 2016 as the scale of the challenge started to dawn on me. Easily the most gruelling and arduous physical challenge I’ve ever done.

Known as JOGLE16, is a Team of middle-aged-men-in-lycra (MAMIL) on a mission to raise at least £20,000 for the Ark Cancer Centre Charity as part of the £5million towards the much needed cancer treatment centre. The centre is to be built by Hampshire Hospitals NHS Foundation Trust in north Hampshire, integrating conventional and supportive cancer care for local people under one roof in an uplifting environment that will enhance the care and support that is given.

I join a team of five, who will be cycling from John O’Groats to Land’s End between July 2nd and 12th. The route, however, has been made slightly harder as we take a detour via Basingstoke to thank the huge support from local people and businesses across the town. We will all join together in a fundraising party at The Tea Bar on Friday 8th July to celebrate the first 700 miles, before The Team of five becomes a Team of thirteen to cycle the remaining 300 miles – all to support Ark Cancer Centre Charity.

“It’s a fact of life, cancer will affect each of our lives in someway. Some have happy endings, some don’t. This is for friends and family, past, present and future.”

Full details about this event, including the route can be found on JOGLE16 and the team would be very grateful for any support that can be given. 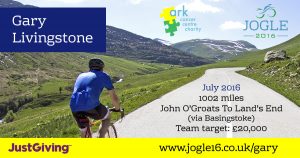 Despite the UK seeing a record number of start-ups, too many businesses are going to the wall within the first two years of operation.

I recently joined eight other SME leaders to discuss the difficulties of achieving scale and what needs to be done to support companies in this key stage.

When I started work, the general culture appeared to be if you don’t work long hours, you’re not pulling your weight. It took me over 10 years to get fed-up with the relentless pressure of 60-hours plus at work, especially when I felt I was padding out time just to be seen in the office.

Driven by purely selfish reasons of wanting to enjoy the world outside of work, I started to work less hours. Maybe I’m inherently lazy or value my personal time too much? But seeing others around me agitated, depressed and demoralised was not a path I was willing to follow.

So what did I do….I did less hours! END_OF_DOCUMENT_TOKEN_TO_BE_REPLACED 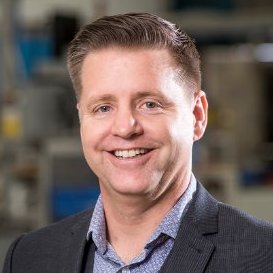